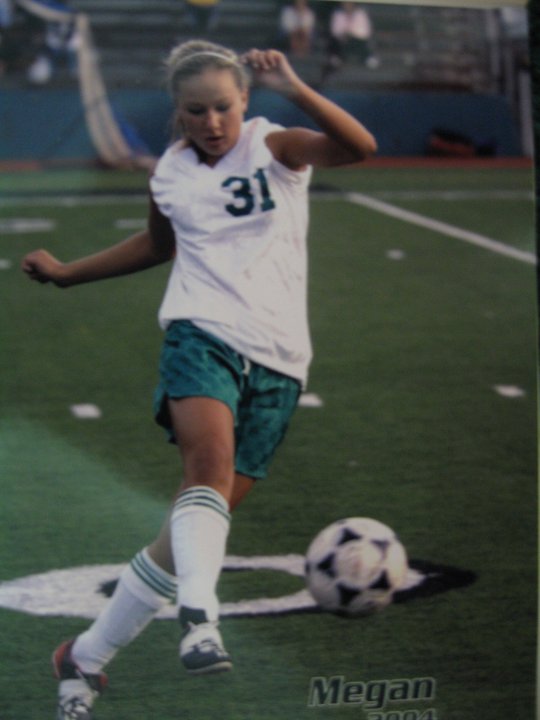 It is 5 Am…and I have to get up in about an hour to get ready to go substitute teach a Kindergarten class. I went to sleep around 1 or 2 am because last night I decided to write a bit in my blog, and then, of course turned the news after, because I am living at my grandparents right now, they have cable, which I have not had in I don’t even know how long I have been living in the dark for, and now with everything that has been going on I can’t stop watching the news…and it sucks. But anyway I just woke up from a dream/nightmare and I felt compelled to write about it and just hit share. No matter if I finish this little writing, and no matter if it even makes sense. I am just going to write and share because that is what I have always wanted to do, but I could never get myself to actually, really truly do it, because I never felt like I could really “finish” what I was really trying to say. But I decided 30 min ago, that I don’t need to.

When I say I am always running around freely, I mean just able to actually “run” or move fast, but something is always different about me. In one of the dreams my ankles were fused in a fixed, neutral, position (which is something I may end up needing done someday) I remember in the middle of playing, all of the sudden realizing, as I was doing a trick with the ball to fake the defender out, realizing that my ankles were fused, and I remember feeling really impressed with my ability to play soccer, and well, with fused ankles. But none of the dreams ever last long while I am playing soccer before they turn into a nightmare. I don’t remember exactly what that specific nightmare ended up being, but the nightmare part of those dreams always takes place on the field. I do remember that we were on a turf field; it kind of looked like we were on the turf field at Stadium High School (a school I used to play at). When it turned into a nightmare, suddenly all of these people in my life were all around the field and any kind of conflict that may have been going on, or had ever gone on in the past with them, was going on and stressing me out on the field, and I was no longer playing soccer. (I think I have that nightmare written down in a short “nightmare journal” that my counselor had me make in the spring of 2014 because I had been having nightmares every single night for the prior few years of my life during that time.)

This dream was really strange as well. It started out where I was playing wheelchair basketball at the Paralympics, but the Paralympics were being held outside…until out of no way we were suddenly playing wheelchair basketball in an NBA type of game on some fancy court…and then out of nowhere we were suddenly playing soccer on the Franklin Pierce turf field, outside again. (Eve Hampton, you were actually in my dream playing WC Basketball with me and then you also played soccer with me 😉 haha)

So we were suddenly playing soccer. We had less than a minute left in the game and we needed to score. (Our assistant USA WC BBall coach, Trooper Johnson, was the soccer coach (he was the one that REALLLLY didn’t like if we missed a lay-up…out of love 😉 haha). So we had a timeout and came up with a play. I had a lot of pressure on me to get it right, and I messed it up but still ended up making a pass with the outside of my foot across the field where Eve kicked it in and we won (It was Just like when I was brought up to Varsity for the district championship game as a Freshman in High School and I was put in, for the first time on the varsity team, while we were tied with one minute left to score. Our coach had made a plan where he wanted to use my speed on the outside…I will never forget how it felt at that moment he told me I was going in, because it was at that moment that I realized how much he truly believed in me. I, of course, was freaked out, but I kept my composure. I ended up doing exactly what he had asked; I took the ball up the side and made this amazingly perfect, flat, solid pass with the outside of my right foot, that went from the left corner of the field to the center, right in front of the penalty box and our senior forward kicked it in and we won the district championship! It was such an amazing feeling because at that moment I knew that I had just played my very best and because I was surrounded by the entire Varsity team who were all proud of me and who all believed in my ability to do what I just did 🙂 soooo this dream kind of felt like a reenactment of that…only I had just really messed up and fixed it with a “weird outside of my foot pass”.

Sooo back to the dream I just had… after winning and cheering, we were still on the field and playing the same game. The ball had gone out of bounds by our goal and it had gone into these bushes behind it. I went to get the ball and as I was about to pass it in I felt a rock in my shoe. I got the rock out of my shoe and was, again, about to pass it in when I suddenly felt something else in my shoe. I took my shoe off and there was this nasty cockroach type of bug, squished, and still half alive, sticking halfway out of the bottom of my foot. I got it out and threw it on the ground and everyone got grossed out, yet I was still okay. And I was thinking I was still going to keep playing. I was, once again was about to pass it in when I felt another bug in my foot. I took my shoe off, and this time I couldn’t get it out, and I started getting more and more grossed out and freaked out as time went by and this half dead, squished cockroach was in my foot.

Then I woke up…and then I felt compelled to write it on here and share it. haha

I always tell myself to write these dreams down because of how strange they are to me…and because the ones where I am playing soccer are so rare. I really wanted to just try and go back to sleep so that I got more than four hours of sleep before subbing for Kindergarten…but I also told myself that I needed to just write it, hit share, and be done. I told myself that if I just do it, and because some voice in my head is telling me to do it…that it is what I am supposed to do at that moment, and that “god” or whoever or whoever is guiding me in this life, will give me the energy that I needed to have a good day. (yeah, I know I sound weird haha)

So there is my dream. Now I am going to get some coffee and watch the news for a bit 😛