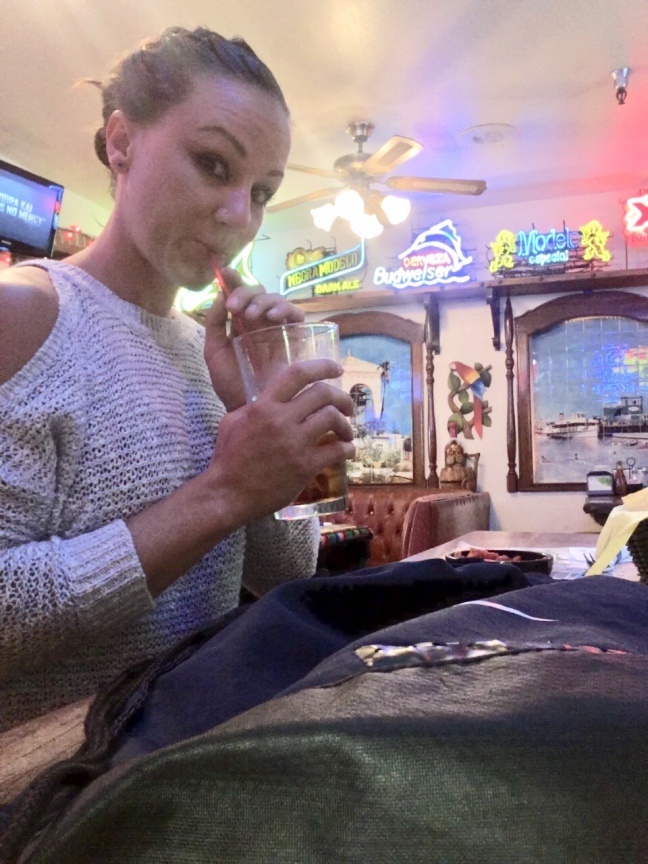 Soooo last night I went and watched the warriors game, by muhself, at a bar. ☺️ awww I’m growing up so fast :p i was out paddle boarding with my roommate and her friends earlier in the day when they brought up the game & that they might go watch it. I got super excited because I never know when the games are & never watch tv so I don’t know anything that’s going on. But I do like watching them…especially the @warriors 😍 Steph curry is a badass 😊 & a good family man 🙂 haha my kind of role model! 🙂 my point of this post was to tell you that despite those ppl deciding not to go out & my roommates needing to lay low haha I told myself that “the me I want to be would just go by herself” 🙂 💪🏼🤓 my roommates rowed me into shore & told me to let them know when I was done. I already was feeling weird about going by myself and my roommate, Geof, told me to just watch it like it’s my job..(Geof is actually a genius in real life so I don’t always know what he is talking about :p but when he said that, I was like “f#*% yeah…exactly what I’m going to do :p because it is like a job to me. I need to focus up & watch these games to remind myself that no one is perfect…because NBA players miss all the time…they miss easy lay-ups, they pass it out of bounds when they are jacked up…and they shoot air-balls. Yet, for some reason, I always seem to forget that and think that if I miss even just one basket that I am not good. It’s soooooo crazy and absurd. I remember when I was playing in college and I was even harder on myself during that first year…I started going to counseling and that is when I learned the technique of picturing my mind as a blank blue sky and when the negative thoughts start coming at me, I just have to remind myself those are just clouds and they will pass. I would focus on that while also watching my teammates and trying to remind myself to pay attention to the fact that they miss also. I had to really work at it all the time but it did help.

Back to the story…The game ended &I tried to go push around for a bit to give my roommates more time by themselves (without me) haha not that they said they wanted me gone, but who doesn’t like their alone time.

But as I left the bar/restaurant it was now night life on Memorial Day weekend on a beautiful island &I started feeling really really out of place.

The sidewalk was one of those sucky cobble stone sidewalks that are reallllly hard to push on with a wheelchair. Soooo I had to watch the ground so that I didn’t hit a cobblestone sticking up and flip over on the sidewalk😏

See, I can handle doing these things when I am with my friend; struggling to get around and having to go around to an accessible entrance on the other side of the building that no one goes in, or having to do something that draws a lot of attention to me…like crawling up a curb :p (if I can’t jump it 🤓) …Those things got nothing on me when I’m feeling strong and social.

Butttt when we are alone…that’s when you realize that mentally, you really do still struggle with these things.

I also felt kinda stupid about the fact that I was down lower than everyone else. I am low, sitting in a wheelchair and I have to constantly not only make sure I don’t hit a crack in the sidewalk, but that the people above me and don’t run into me and hurt their shins :p

And then there is that thought where you feel out of place and start to think of yourself as “that girl in the wheelchair.” when I go to that place in my mind I am incredibly disappointed in myself for even thinking that way. I would never want little Alex or Penny to ever think that way about themselves. I want to be the strong role model all of the kids with disabilities out there need. 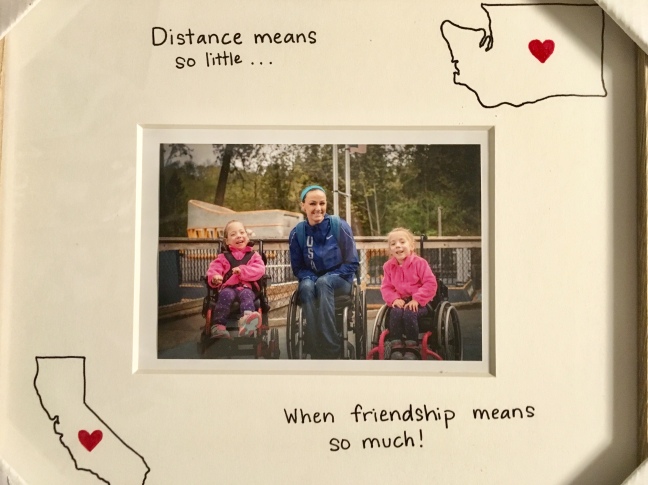 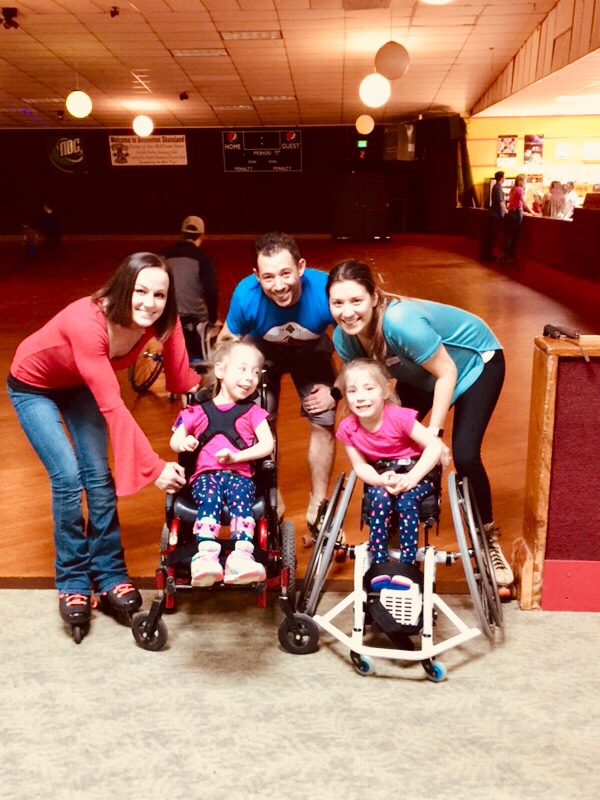 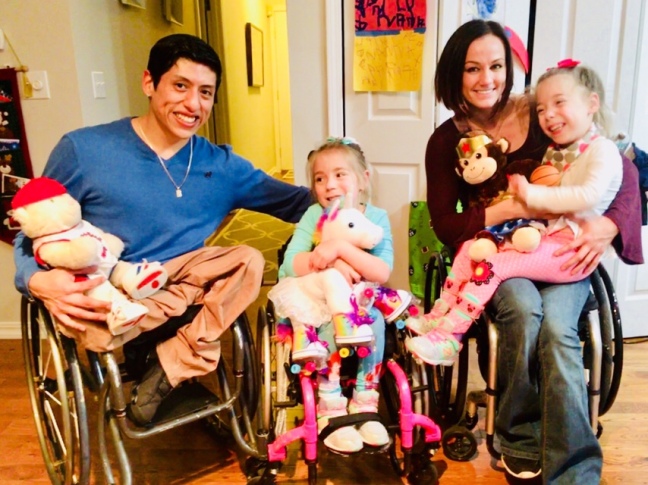 But it was hard for me. ppl were drunk, girls were in booty shorts, cute dresses, high heels :p & “on their guys arm” :p (not that I want to walk around in booty shorts if I had a nice butt…I wouldn’t want to wear things that would make other girls or girlfriends feel insecure…because we know ppl are drawn to that stuff…so why make it more tempting for them to look. BUTT anyway…my point, I felt stupid being out by myself & in a wheelchair. I didn’t know I was going to feel that way. I always hope for the strength and do my best to stay strong.

But I went out by myself knowing I already felt uncomfortable doing it and I did it for that exact reason, because I want to always face my fears and push myself to be stronger.

I tried going into stores…but the aisles were small & crowded. And after 3 stores where I just felt like I was in the way and out of place (not that anyone other than my own mind were making me feel that way) I also know I had the bi#%* face on 😦 no idea why I was wearing that face, especially when I wanted to feel happier, but I kinda just wanted to be left alone. I didn’t want to stand out so much. I just wanted to walk (roll) around mindlessly. But I was struggling to be mindless and I was letting the negative thoughts I was having about myself be projected onto other people. I didn’t want anyone to look at me with pity and I didn’t want anyone to look at me with annoyance and I didn’t want to see those looks of people that make me feel like they see right through me as if I don’t even exist. When I am seen as less than human because I roll rather than walk. What’s funny…is that the only people who do see people like that are the ones who are so insecure about themselves and are out there just chasing that good time, that cool thing, what’s the newest hottest item happening around them. They are usually the people who drink too much and who have no substance to them-that’s a negative way to see it. Another way is that they just haven’t been educated about life and that disabilities can happen to anyone at anytime and that there is so much more to life than what they know. So we just gotta smile and be nice and educate them 🤗👊🏼🤓❤️

But once you gain the understanding and strength to recognize and understand those people…it helps you understand that how they feel and act has nothing to do with who you are. You also get to meet really amazing people who will lift you up.

I hear people say that “I do t want to have to educate other people. I shouldn’t have to explain my disability to them. That’s none of their business. They should just accept me.” Well that’s not gonna work in this life. And right now the world is becoming very liberated.i think of myself as very lucky that I was paralyzed the year that I was. There are so many more opportunities around us to participate in life 🙂 and it’s one big movement. But the thing is, you have to be the one to educate people about disabilities and show them exactly how capable we are. They don’t know until someone shows them.

And you gotta do it for the next generation coming up. The innocent little kids who shouldn’t have to go through as much as we did because we will pave the path for them (maybe it won’t be paved…but there will at least be a path)

But last night…I just wanted to get out of there.

I called my roommates & pushed back towards the dock as fast as I could while staring at the ground trying to not hit a crack …& while at the same time trying to hold my head up & be confident and also not allow myself to feel frustrated about the extra obstacles (the crappy sidewalk) I was facing. (my chair is extra tippy…which makes doing those things at the same time, & in the dark, kinda hard to do).

When we Got back to the boat I played a domino game with my roommates & stayed up past my feelin of just wanting to go straight to sleep…I worked through those feelings of the heavy gray cloud trying to bring me down and it did pass. Sometimes the clouds passing through turn into storms…but this one was just a little bad weather. 😊 I’m happy that I went 🙂 things get easier with practice. 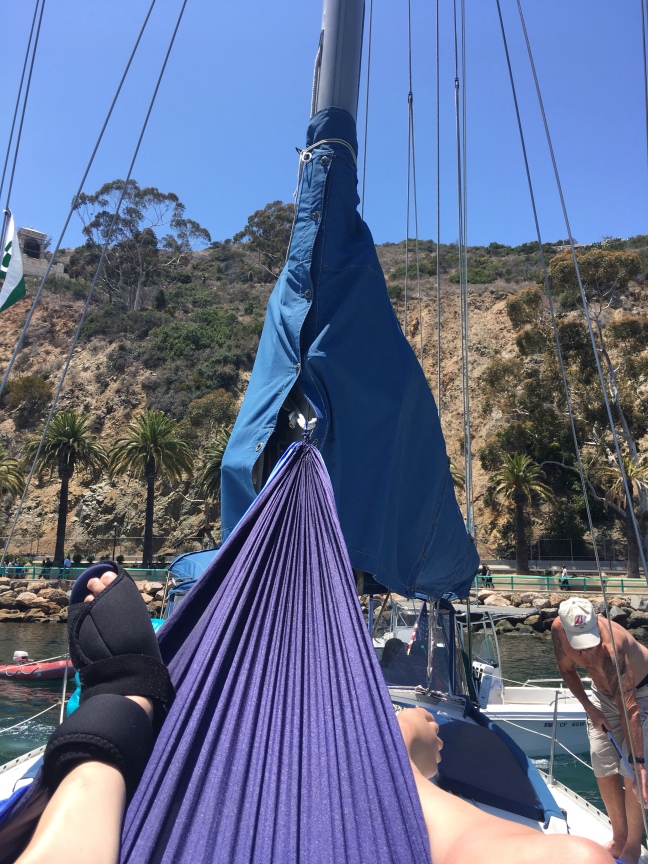 One thought on “A night on the town woot woot haha”